Story of Clash of Clans

The Story of Clash of Clans

Clash of Clans is a mobile game first developed by Supercell in August 2012.

The game's creators first released it for iOS operating systems in Canada and Finland. The Android version of Clash of Clans was introduced a year later in September 2013 and was officially downloaded on Google Play in October 2013. The initial stages of making the game took nearly 8 months, which, according to Supercell, was the last five months in a row. 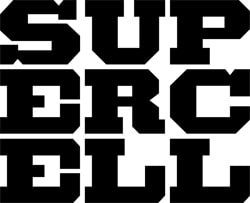 Choose the name "Clash of Clans":

The name of the game Clash of Clans was originally supposed to be Clan Wars, but the naming of this game became one of the hot topics of the creators.

In fact, the final stages of making the game were underway, and the project management asked the game developers and writers to choose a name for the game. Since "Clash of Clans" was at the forefront of the game from the very beginning, several people immediately suggested the name Clan Wars. The name was almost registered and confirmed until the authorities were given another chance to think again. According to the Supercell website, after a few days of rest and drinking a few liters of caffeine, the second session to choose the right name began.

The Clash of Clans game team has come to the conclusion that the name Clan Wars and the use of War in naming the game are now too clichéd. So they started coming up with new ideas. It is interesting to know that one of the first suggestions was the name Clash of Clans, but at first this name was not interesting from the group's point of view, because the word {Clash} in such games may be the opposite of the word [Wars] and according to them is new.

In fact, they mean that the word is unknown and causes users to avoid playing the game because of its name. But after several days of research, they came up with newer results. The idea that made the name Clash of Clans definitely chosen for this game.

The group chose the name for the game, thinking that using a relatively new name could be unique and effective if it had certain characteristics. "We were able to complete the project very quickly and easily by choosing a much simpler title in the months before," said Jonas (chief game engineer). But we did not want the players to say to themselves, "Okay, this game is boring, too." What other game should I look for? "So we made different predictions a priority."

As mentioned, Clash of Clans is an online multiplayer strategy game.

During this game, you have to join a community or a community and, according to the players of this game, enter a Clan Castle. The main part of this game is the fights between these clans. You have to be loyal to the other members of the group in the role of one of your Cologne members and be by their side in times of trouble and celebration.

In Clash of Clans, like all strategy games, you need basic resources. These resources are divided into different categories that you need to buy to collect diamonds and gold (Gem and Gold) or Elixir or Dark Elixir and even use them to build defensive buildings. To get these items, you either have to take a risk and attack the enemy tribes with all your might and plunder them, or recharge your Clash of Clans account directly by buying some gem.

But the important point is that there is no peace in the game of Clash of Clans and there is a law that says: (Destroy so that you will not be destroyed). To level up your CoC account, you must constantly attack clans near you to gain gems and gold from them, and you must even weaken them to avoid attacking yourself.

In general, it should be said that the strategic style of the game is very professional and requires the strategy of the player. You have to train your army at the same time and prepare the defense forces of your village. In this game, you have to wait for the dangerous attacks of others at all times, so according to many Clash of Clans experts, the defense debate takes precedence over the attack in this game.

Scam in Clash of Clans

The thirst for high rankings and strong clones has made the history of Clash of Clans dark.

Many users are encouraged to choose a Clash of Clans account for sale by viewing other users' accounts with high rankings. Sometimes it is seen that after the transaction, the account is not sent to the user and the person's money is lost. But it should be noted that face-to-face transactions on the Internet require a secure intermediary that has the necessary permissions and other transactions are high risk. Many users who want to sell their Clash have lost their account by trading with an unknown person, and there are many such transactions in the story of Clash of Clans.

Therefore, our recommendation to you is to minimize the risk of this transaction by using reliable and licensed websites if you intend to purchase your Clash of Clans account.

Introducing the soldiers and characters of Clash of Clans

In Clash of Clans game, you can have different soldiers. Knowing these soldiers and using them properly can play an important role in your success. In this article, we are going to introduce Clash of Clans soldiers. Stay tuned to Clash Market.

In the popular game Clash of Clans, there are various soldiers that you will be able to use in your battles according to the level and the existing conditions. If you remember, we have already introduced different types of Clash of Clans buildings in the article "Introducing Clash of Clans game buildings", but in this article, we are going to talk about the soldiers of this popular game.

Therefore, in this article, we will provide a list of soldiers in the Clash of Clans game and give a brief description of each one. If you need more information about each of the sections and steps described, you can click on each of the characters through the links and get more information. 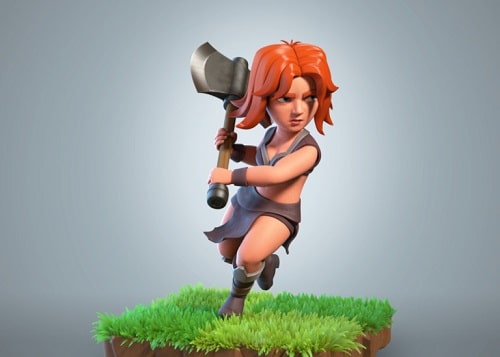 Valkyries are actually female soldiers with axes in hand who have high blood or resistance and destructive power or damage. You can use these soldiers to destroy any kind of buildings and obstacles in the game Clash of Clans. Valkyries can be upgraded to 4 levels. 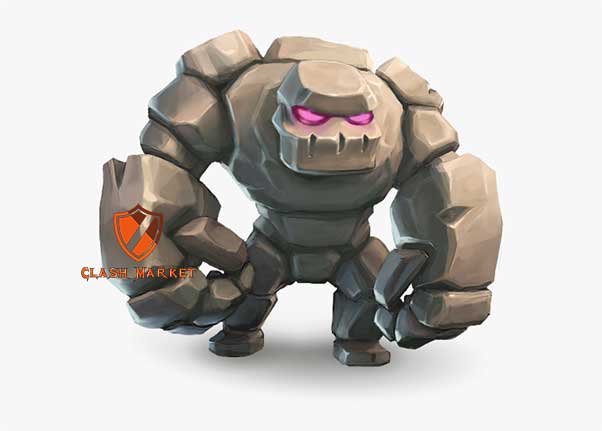 Golem are also part of the Clash of Clans soldiers. We know the giants by the name of Golem. These stone soldiers have a very high power of destruction and blood, so it will be very difficult for the enemies to destroy them. Golem can be called destructive soldiers who can be upgraded to 5 levels in the Clash of Clans stages. 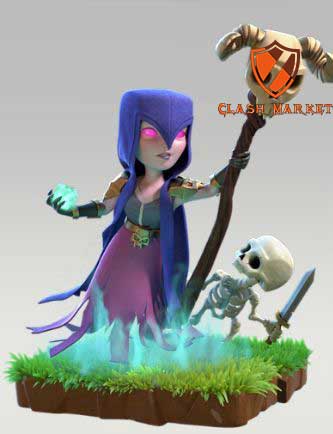 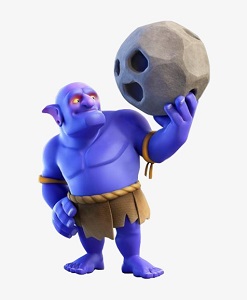 Bowlers are another soldier in the game Clash of Clans who throws a large stone in his hand to push back his enemies and destroy them and destroy buildings. Apparently you can upgrade them to 3 levels.