Where is Pumpkin Barbarian appear in clash of clans? 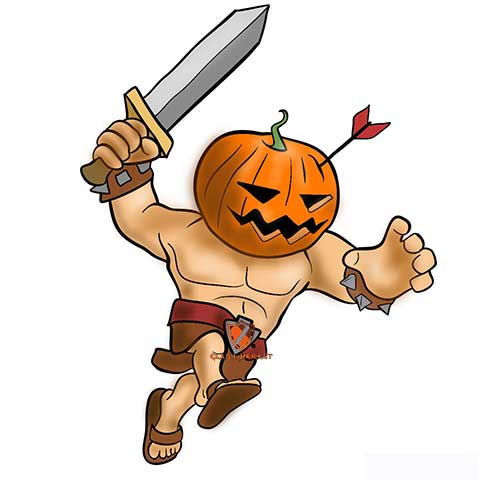 The Pumpkin Barbarian was a temporary troop that was available during the 2017 Halloween, along with Giant Skeleton.

They act like regular Barbarians wearing pumpkin helmets that prevents them from being killed in one shot, like the shields in Clash Royale. However, they can still be bounced away by Spring Traps.

After the pumpkin helmet gets destroyed, they become regular Barbarians.

Pumpkin Barbarians have no preferred target when attacking; they will simply attack the closest building. However, once they become aware of enemy Clan Castle troops, Heroes, or Skeleton Trap skeletons (either by being attacked themselves or by being near another friendly troop under attack), they will leave their previously targeted building and instead engage the enemy troops. Once all of the nearby enemy troops are defeated, the Pumpkin Barbarians will proceed to attack the nearest structure.

Who is Raged Barbarian in clash of clans? 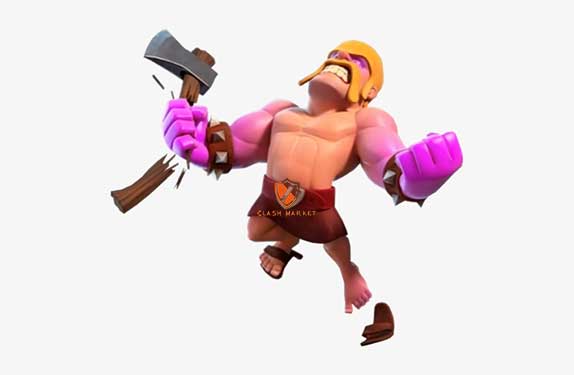 Raged Barbarian may be thought of as a Barbarian from Builder Base.

Raged Barbarians have no preferred target when attacking; they will simply attack the closest building to them. However, once they become aware of enemy Guard Post troops (either by being attacked themselves or being near another friendly troop under attack), they will leave their previously targeted building and engage the enemy troops instead. Once all of the nearby enemy troops are defeated, they will proceed to attack the nearest building from their current location.

He behaves similar to a normal Barbarian, however, when he is upgraded to level 2 or higher, his special ability (Rage) is unlocked and his speed and damage are increased for the first few seconds after deployment.The rage ability is unlocked during the tutorial.

What is Royal Champion features in clash of clans? 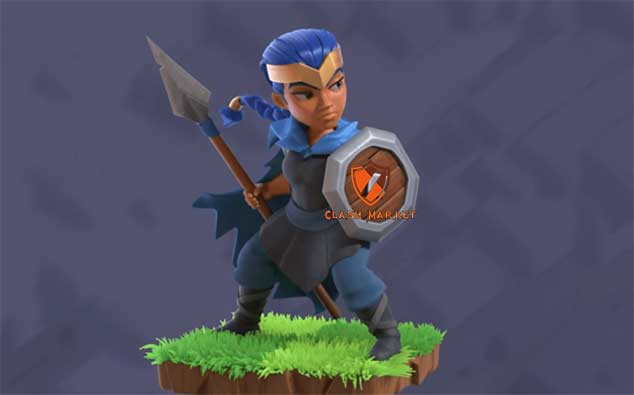 The Royal Champion is the fourth hero in the Home Village. She has moderately high DPS, moderate health, and targets defenses. She can also jump over Walls, much like the Hog Rider.

She throws her spear from a distance to attack enemy buildings.

She is automatically summoned once the Royal Champion Altar is constructed, which is available at Town Hall 13.

Like the other heroes, the Royal Champion only needs to be summoned once but will have to spend some time regenerating her health if she is damaged during a battle. If you attack a village while its Royal Champion is still regenerating, the Altar will be empty and she will not defend.

Like other heroes, she is not upgraded in the Laboratory but rather upgraded with a Builder.

Hero regeneration after a Multiplayer Battle starts as soon as the player starts to search for a Multiplayer opponent. So, if the player spent some time searching for an opponent to attack before completing an attack, part of the regeneration will be completed by the time the player returns to his/her village. However, if the player cancels the attack by pressing "End Battle" before completing an attack, the regeneration will be reset. This effect is more noticeable in the highest leagues where a significant amount of time can be spent searching for such opponents.

Her Seeking Shield ability will recover a large chunk of her health and will throw a seeking shield that prioritizes defenses. It will seek four targets, dealing a large amount of damage to each, regardless of distance. Like all other Heroes, her ability gets stronger every 5th level.

If the ability has not been used before the Royal Champion is about to be defeated, it will by default automatically activate. However, this feature can be toggled off in the settings (by turning off "Automatically use Hero Abilities on KO").

She will prioritize defenses, and will bypass any other buildings to the nearest defense, if there are any remaining. She will not consider the Clan Castle as a defense, regardless of if it summons Clan Castle troops, but will consider the defense of the level 12 and 13 Town Hall and the defending Grand Warden as defenses. However, unlike other defense-targeting troops, if she becomes aware of a defending hero, Clan Castle troops, or Skeleton Trap skeletons (either by being attacked by the troops and/or heroes herself, or by being near a friendly troop under attack by those troops and heroes), she will leave her previously targeted defense (or building if there are no defenses) and instead engage with the troops and/or heroes. Once all of the engaged troops and/or heroes are defeated, she will attack the nearest defense, or building, if there are no remaining defenses. She is the only hero without a skin.

When is Siege Barracks used in Clash of Clans? 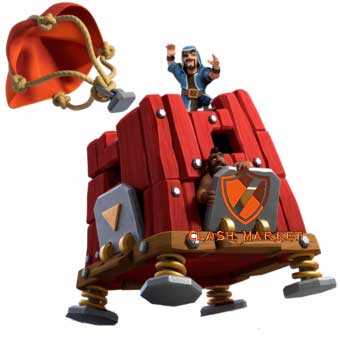 The Siege Barracks is the fourth Siege Machine unlocked. It is unlocked when the Workshop is upgraded to level 4.

When deployed, the Siege Barracks parachutes down and spawns a P.E.K.K.A followed by several Wizards. It has a limited lifetime (similar to a Cannon Cart in its Last Stand ability) and slowly loses health over time. Once destroyed by any means (either by expiring naturally, or being destroyed by defenses or the player), it releases the player's Clan Castle troops.

When Sneaky Archer is used in clash of clans? 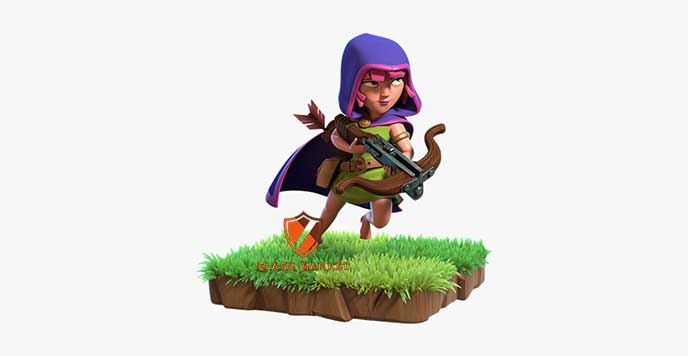 The Sneaky Archer is unlocked at Builder Barracks level two.

The Sneaky Archer uses a crossbow and wears a cloak. It has a green garment with a leather belt and a yellow pouch.

Sneaky Archers have no preferred target when attacking; they will simply attack the closest building to them. However, once they become aware of enemy Guard Post troops (either by being attacked themselves or being near another friendly troop under attack), they will leave their previously targeted building and engage the enemy troops instead. Once all of the nearby enemy troops are defeated, they will proceed to attack the nearest building from their current location.

The Cloak Ability, unlocked at level two, allows the Sneaky Archer to be invisible to defenses. However, a splash-damaging defense such as a Multi Mortar can still damage it if it targets nearby troops. They can also be harmed by traps.